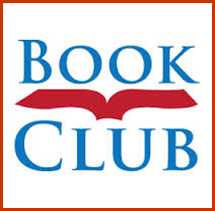 The GSUCC Book Club is meeting Tuesday, January 28, at 7:00pm, at High House. We will be discussing Wild Swans:  three daughters of China by Jung Chang.  An engrossing record of Mao’s impact on China, an unusual window on the female experience in the modern world, and an inspiring tale of courage and love, Jung Chang describes the extraordinary lives and experiences of her family members: her grandmother, a warlord’s concubine; her mother’s struggles as a young idealistic Communist; and her parents’ experience as members of the Communist elite and their ordeal during the Cultural Revolution. Chang was a Red Guard briefly at the age of fourteen, then worked as a peasant, a “barefoot doctor,” a steelworker, and an electrician. As the story of each generation unfolds, Chang captures in gripping, moving—and ultimately uplifting—detail the cycles of violent drama visited on her own family and millions of others caught in the whirlwind of history.

Our book selections for the upcoming months are:

Good Shepherd United Church of Christ, Cary, NC © 2017 All Rights Reserved
Do NOT follow this link or you will be banned from the site!